Pop-art is a movement that emerged in the mid-20th century, artists were inspired by and incorporated commonplace objects such as comic strips, soup cans, newspapers, celebrities and more into their art. The theory behind the movement was based on the idea that art can and will draw from any source, and there is no hierarchy of culture to disrupt this.

Many contemporary artists continue to be influenced by the legacy of Pop-art and here are just a few examples below from the KAB Gallery collection. 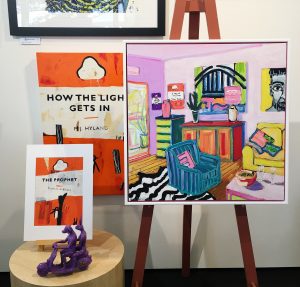 Tankard, a pop-art enthusiast himself, often portrays the familiar Penguin Paperback and Monopoly Boards in a nostalgic, minimalist and humorist way. His art is sought after both internationally and locally evoking a sense of sentimentality in the collector – something which undoubtedly fuels the love for pop-art pieces to this day. 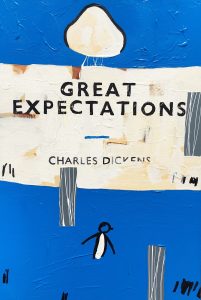 Be inspired by vivid colours, abstract imagery and the overall fun this movement brings by taking a look through the online catalogue.