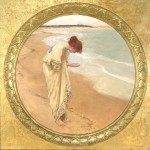 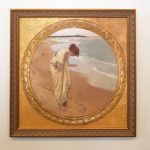 The Sea Hath Its Pearls

Convert to your currency
Please note, when purchasing you will be charged in Australian Dollars. This currency conversion is an estimate only - your credit card provider may charge you an additional currency conversion fee and/or use a different exchange rate.
or 4 payments of $112.25 with

Presented in decorative ornate gold frame and under glass.

Fine art reproduction print of the original painting by William Margetson (English 1861-1940), which was purchased from the artist by The Art Gallery of New South Wales in 1897.

Further information about the original artwork:

The circlet of crabs carved in low relief on the frame of this painting is integral to its success as a work of art. Echoing the seaside theme, and offering closure to an otherwise excessively open composition, the frame participates in the painting quite as constructively as the bending figure and wave-lapped beach. The cool monochrome of the location suggests an English coastal resort, though clearly Margetson had the Mediterranean in mind. His lovely fossicker is dressed to evoke the ancient classical past more than late Victorian England. Indeed, Margetson’s rather dry application of pale pigment echoes Roman fresco technique. Like most of the lesser genre painters and portraitists of his day, he succumbed to the ever-virulent strain of Victorian classicism, being influenced by better-known contemporaries such as Leighton and Poynter. It goes without saying that the pearl of the title is a punning allusion to the maiden herself.

Located in the most visible position on what is probably Sydney's busiest road, KAB Gallery Sydney in Pymble offers a revolving exhibition of some of Australia's best collectable and contemporary art, along with an expert art consulting service and other related services. Next to Pymble train station and with a large carpark directly behind us, KAB Gallery Sydney is so easy to visit for everyone throughout Sydney.

Our flagship Terrigal gallery is open until Christmas Eve and most days over the holiday period. We hope to see or speak to you soon. Merry Christmas and Happy New Year from the entire KAB Gallery team! 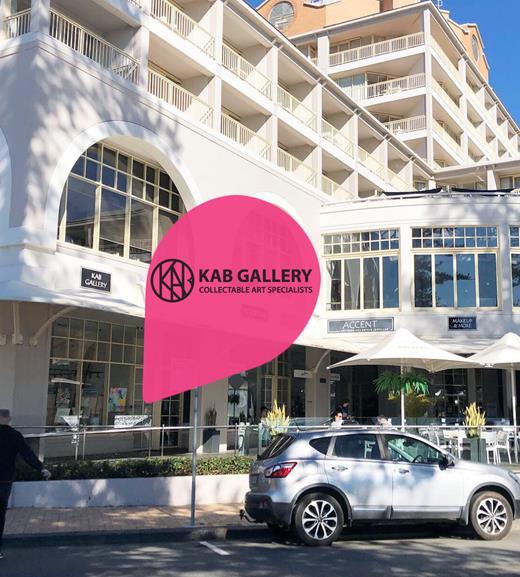